Your Body Is A Map of Your Consciousness

(Exploring the Connection between the Mind-Body)


[Read Part 2 of this Article (Chakras and the Map)]

Your consciousness is who you are; it's your experience of Being. 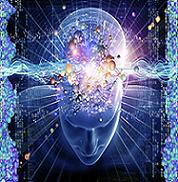 The interesting question is, "Which stress creates which symptoms?" When we are able to quantify this process, we are then able to see the body as a map of the person's consciousness, relating particular symptoms to particular stresses and particular ways of being, in the same way that Type "A" Behavior has been able to be associated with heart disease.

Everything Starts In Your Consciousness

To understand this map, we must first orient ourselves to the idea that the causes of symptoms are within. While it's true that germs cause disease and accidents cause injuries, it is also true that this happens in accord with what is happening in the consciousness of the person involved.

Germs are everywhere. Why are some people affected and not others? Something different is happening in their consciousness.

Why do some patients in hospitals respond better to treatment than others? They have different attitudes. Something different is happening in their consciousness When someone is injured in an "accident," why is it that a very specific part of the body is affected, and that it is the same part that has had habitual problems? Is that an "accident," or is there a pattern and an order to the way things happen in our bodies?

You Are A Being of Energy

Your consciousness, your experience of Being, who you really are, is energy. We can call it "Life Energy" for now. This energy does not just live in your brain; it fills your entire body. Your consciousness is connected to every cell in your body. Through your consciousness, you can communicate with every organ and every tissue, and a number of therapies are based on this communication with the organs which have been affected by some kind of symptom or disorder.

Thus, we have an interesting direction of manifestation shown through what we have described.

1. A change of consciousness creates a change in the energy field.

The direction of manifestation is from the consciousness, through the energy field, to the physical body.

We Each Create Our Reality

When someone makes a decision that leaves them with stress, creating a blockage in the energy field with a sufficient degree of intensity, this creates a symptom on the physical level. The symptom speaks a certain language, which reflects the idea that we each create our own reality. When the symptom is described from that point of view, the metaphoric significance of the symptom becomes clear. Thus, instead of saying, "I can't see," the person would have to say, "I have been keeping myself from seeing something." If they cannot walk, they would have to say, "I have been keeping myself from walking away from something." And so on. We must understand that there are no accidents and no coincidences. Things do happen according to a pattern and order.

We can say that we have an inner guidance system, a connection to our Higher Self, or our Inner Being, or whatever name we choose to give this Higher Intelligence. This inner guidance system functions through what we call our intuition, or our instinct. It speaks a very simple language. Either it feels good, or it doesn't. All the rest is just politics.

Then, the voice must get louder. The next level of communication is through the emotions. As we move more and more in the direction that feels not-good, we experience more and more emotions that feel not-good, and at some point we can say, "I should have listened to myself when I thought to move in the other direction." That meant that we heard the inner voice. Otherwise, we could not have said, "I should have listened." If we make the decision we know is the right one for us, and therefore change direction, there is a release of tension, we feel better, and we know we are again on the right track.

If we continue to move in the direction that feels not-good, the communication reaches the physical level. We create a symptom, and the symptom speaks a language which reflects the idea that we each create our own reality. When we describe the symptom from that point of view, we can understand the message.

If we change our way of being, we have received the message, and the symptom has no further reason for being. It is able to be released, according to whatever we allow ourselves to believe is possible.

Eventually, something happens to create a symptom on the physical level, and their right arm is affected. It could have happened through falling from a ladder, or in an automobile accident, or by pinching a nerve in the neck, or by "sleeping in a draft."

The effect is that the person cannot move their arm. They are keeping themselves from reaching for something, and since it is the right arm, on the "will" side of the body, they are keeping themselves from reaching for or going for what they want. They have been giving themselves reasons to not believe that they could have what they want. When they begin to do something different in their consciousness, they notice that something different begins to happen with their arm, and the symptom is able to be released.

8 Spiritual Techniques Every Enlightened Person Must Know. Learn how to Hack your Subconscious Mind and Access other Dimensions Beyond the Physical Plane of Consciousness. [read more]