The Chakras and Days of the Week 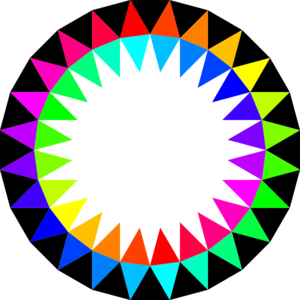 Working with any one particular chakra on its corresponding day will help enhance the focus of the energies involved. You can be creative with this; for example, if there are any imbalances in the root chakra that need healing, no matter what method of healing you choose to use to open or balance it, it would be beneficial to preform the activity or healing on a saturday (or monday), which is the day of the week associated with the Mulahdara (root) chakra. Another example: if you are going to have a meal with foods and herbs associated with the Heart chakra, then you can do so on its corresponding day to boost the healing effects of the meal, as well as adding an extra energizing effect to the chakra itself.

The names of the days of the seven-day week in many languages are derived from the names of the classical planets in Hellenistic Astrology, these names were in turn associated with "the Gods of antiquity" or particular deities based on region and cultural belief.

note: This list is only for the purpose of showing each chakra and its connection to a particular day of the week and the energies involved, as well as tips for healing or working to energize that chakra on its associated day(s). You will see that the actual planets that are associated with each chakra will differ slightly than those associated directly with the days of the week, along with other chakra associations such as colors, crystals, etc.,.


Saturday is known as "Saturns Day" for its association with the planet Saturn, also associated and named in honor of the Roman god 'Saturn', or 'Cronus', the equivalent in Greek Mythology.

Saturn is associated with the base chakra, Muladhara. The Root chakra is our connection to the physical plane and relates to our sense of stability and security on the earth.

Saturn is known as the Planet of 'Karma' and 'Time'. Saturday/Saturn also represents energy and vigor, protection and self-discipline.

The experience on the physical plane can seem limited; there are often harsh lessons that must be learned. In turn, the planet Saturn is associated with limitation, in the same sense that it brings with it harsh lessons, often karmic related, for the purpose of human development and progress on earth, as well as overall soul growth.

The Swadhisthana chakra is associated with sex and sensuality, the emotional aspect of self, as well as reproduction, and the feminine prinicple, so it is often represented by planet Venus, which is the ruling planet of the day Friday. Oftentimes, each day of the week is associated with each chakra in order from the first to last day, so the 2nd day of the week can also be used to enhance energies when working with the sacral chakra, if one feels intuitevely drawn to do so.


The Solar Plexus Chakra is associated with the day Tuesday, which is referred to as the "Day of Mars" since it related to the war-God Mars, named so by the ancient Romans; its equivalent is the Norse God, Tyr, and in Greek Mythology, Ares. The Solar Plexus chakra is sometimes connected with Sunday because of its representation with the related energies of the Solar Sun.

Much like the energies of the Solar, or Naval Chakra, the associated day of Tuesday represents willpower and determination, Strength and courage. It also relates to competition, productivity and effectiveness.

Working with the Solar/Naval chakra for any purpose is extremely beneficial on the day Tuesday. In addition, anything associated with Fire energy, whether that be colors, foods or activities, can be enhanced of a Tuesday and help to balance Manipura Chakra and balance the energies.

Any powerful intentions or initiations, such as the start of a project or any healing work involving the Solar Plexus Chakra especially can be beneficial on a Tuesday, as the energy the Mars represents can add passion and power to the mix.

The energy of Tuesday, like Manipura Chakra, carries in essense, a masculine energy, much like the planetary body of Mars, as well as the "Sun". Sometimes, the Solar Plexus chakra is associated with Sunday, because of the powerful core energies of the Sun, so this day can be used as well if one Wills.


The Anahata, or heart chakra is associated with the day of Wednesday, known as the "Day of Mercury". The Anahata chakra is also associated with the day of Friday, the "Day of Venus" because of the compassionate associations with the Heart. Friday is governed by the planet Venus, which is named for the goddess of love and beauty; the equivalent of Venus in the Greek language is, Aphrodite, and in Norse Mythology, Freya.

Wednesday and Friday are the best days for working with the Anahata for any purpose. Incorporating other things associated with the heart chakra, such as the associated healing crystals and herbs, music, gardening and heart centered meditations can greatly enhance the energies you are working with on these particular days.

When the spiritual heart is awakened, signals are not only sent to the brain, but these energies are sent out to others and to the entire universe. Love transcends the physical plane and communicating from a space of love and compassion can literally re-wire the brain to be more in tune to percieving and understanding the higher planes, as well as being more open to receiving the love that flows in from others, and from the higher planes.


Thursday is the day associated with the Throat Chakra. Named after the Norse god "Thor", Thursday is in called "Thors Day", accordingly, and is governed by the Planet Jupiter.

Thursday is a good day for increasing productivity and encourages movement. Business related matters, especially those involved with communication of any kind, in connection with opening, energizing or activating the Throat Chakra can be more beneficial on a Thursday because of the acceleration of energies involved.

Thursday is also good for planning or finishing up any work or study in general. The Throat Chakra is also related to sound, so using the voice, so guided meditations and chanting mantras can be beneficial on a Thursday and when working with the Throat Chakra for healing purposes in particular.


The Ajna Chakra is associated with the days Thursday and Friday, and also Monday for its Lunar association. As we move into the higher chakras, the energies become more subtle, and in that sense, any one particular day of the week is not necessarily more or less better for working with these upper chakras, but particular days are assigned based on energetic correlations. One can obviously work with any chakra for any purpose, on any day of the week, but when working with upper chakras, the associated days listed will provide additonal benefit in general.

The Brow, or 'third eye' chakra relates to one's inner vision, as well as higher knowledge/intellect, spiritual wisdom, intuition and insight. The energy of the Ajna chakra centre in relation to these qualities is connected to the idea of expansiveness and exploration through the inner senses ( spiritual vision, or the minds 'eye'). The planet Jupiter is the planet of expansion, higher wisdom, and travel, which governs the day of Thursday, so this day is often associated with the Ajna Chakra. The expansion of consciousness and exploration of the inner worlds using the inner senses/vision is key to the Third Eye chakra.

The Moon is associated with the Brow chakra as well. The Third eye is the gateway to the 'hidden inner world', and the moon is associated with the subconscious, or 'hidden inner world', oftentimes related to mystery and the shadow aspect of self. Any Chakra work related to enhancing or awakening the psychic abilities or clearing away anything that hinders intuition, or truth, may be beneficial on a thursday, and especially powerful on Monday or any day when there is a powerful Moon.

In the light of day (the Sun), we see with our conscious awareness that which is visible externally with our 'outer' physical eye; but in the darkness of night, the moon illuminates, and with our 'inner eye' we are able to then see what was previously invisible, by delving into the depths of the subconscious mind/the shadow side, the truth is revealed, and we are guided forward and inward on the path of enlightenment.


As we move into the upper chakras, the energies, being more subtle, can be associated with any particular day of the the week depending on the issue being worked on in that chakra centre, or the desired results one would like to see manifested.

The Crown chakra is often associated with the day of Sunday, because of the connection to the "Sun". The Sun, referred to as a planetary body is astrology, is a poweful force in our world because it is the Source from which heat and light is received; a source of nourishment and energy for food growth, so the Sun also nourishes and energizes our physical bodies as well. Since we are more than our physical bodies, the soul also receives spiritual nourishment and Divine Light from God, or Source; the heat, we can liken to eternal flame of Love.

The Sun, in relation the Crown Chakra, also represents Enlightenment, or the ultimate of Higher Consciousness. Sunday can be an extremely beneficial day for preforming any energizing, activating, healing or clearing work with the Crown Chakra especially, but for any Chakra in general. 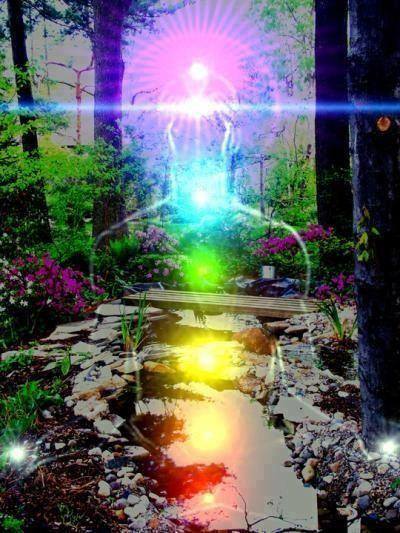