A list of physical, mental/psychological, emotional, and spiritual signs and symptoms that there is insufficient or excessive energy flowing within a particular chakra, or that there is an energetic block in the Brow Chakra area that is creationg a malfunction on some level. Oftentimes, a severe block or imbalance in a nearby chakra can cause issues with the chakra above or below it.

Related Issues issues related to higher perception and wisdom; inner awareness and self reflection; also related to opening up our 'third eye' or 'inner vision' and listening to our intuitive 'inner voice'; related to the spiritual nature of life and questioning reality; related to dreams and visions; relates to the sixth sense and gifts of clairvoyance; issues relating to substance abuse or psychic illnesses. Physical issues connected to the body areas and organs associated with the Brow/Third Eye Chakra.

A Balanced Brow(Third Eye) Chakra keeps us in touch with our intuition and creative insight. It also enhances imagination and allows us to intergrate higher knowledge.

Life Stage Trauma: Issues with the Brpw chakra are associated with trauma ocurring between the ages of 21-26, 51-56 or 81-86

Signs of a Balanced Brow Chakra

Clear-headed and focused, able to discern truth from illusion, open to receiving wisdom and insight from the universe, higher awareness and heightened perception, in tune with one's Higher Self/Spirit; able to see the bigger picture,flxibility/adapatability, fearlessness, charismatic, good intuition and developed higher senses/psychic abilities, receive spiritual guidance/messages from guides, ability to self reflect, strong faith and inspiration,able to learn easily, good memory; vivid dreams, spiritual visions, able to have out-of-body experiences or astral travels, telepathy, and access to past lives.

Balance and Energize the Brow Chakra by using your imagination and trusting your insight and intuition. Write down and pay attention to your dreams/dream analysis. Practice meditation and especially visualization exercises; prayer and faith, self-hypnosis. Practice being more aware of yourself, others and your surroundings. Get in touch with your higher self and connect to the Divine. Trust yourself and listen to your body’s needs. Heal any physical or emotional addictions. Practice healthy detachement and become a master of Mind/Self.

In order for the Brow Chakra to work at its best, the heart chakra must be strong and balanced.

Brow Chakra Imbalances can also be healed through Sound, Color, and Meditation/visualization techniques. 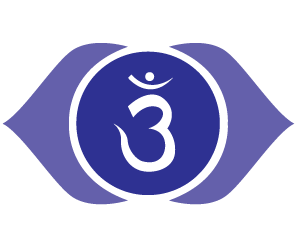